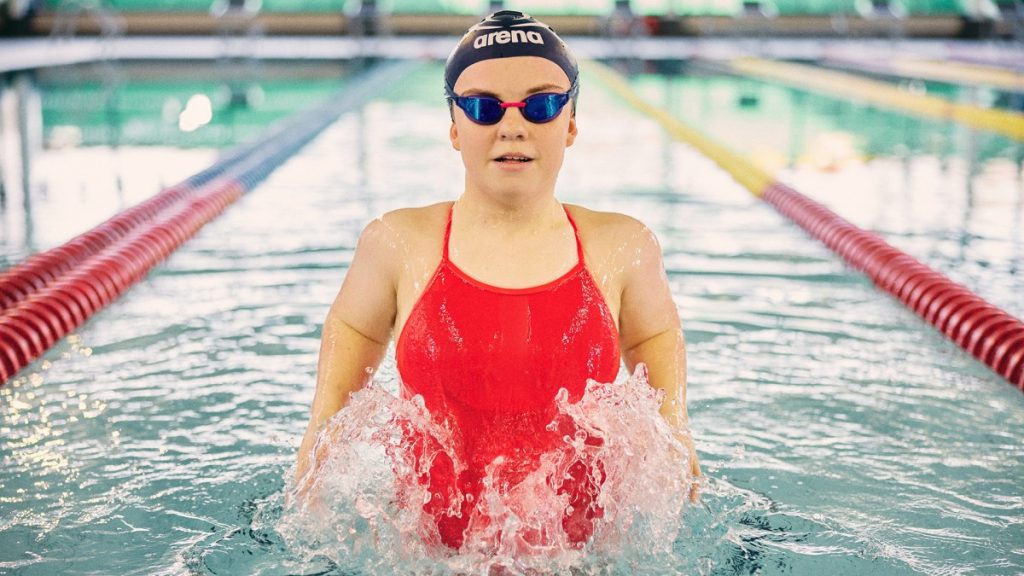 Maisie Summers-Newton is a British para-swimmer who is leading England’s charge in the pool at the 2022 Commonwealth Games in Birmingham. She’s also an Everyone Active Sporting Champions Elite Athlete and her rise has been meteoric. For most people, their sporting careers would still be very much at the fledgling stage, but not Maisie. She started strongly, winning medals – including golds at her first major international completion in 2018 at the age of just 16 – and she hasn’t looked back since.

Promise as a Child

Maisie started swimming at around five years old – her mother wanted her to be safe around water – and she immediately showed promise. She joined her local swimming club – Wellingborough Swimming Club – and she began her para-sports journey. It wasn’t long, however, before she out-grew Wellingborough and needed to look elsewhere for a higher standard of competition in order to challenge herself further.

She therefore moved to Northampton Swimming Club – which trains at Moulton Leisure Centre – where she has been for the last five years or so and it’s here that her career really took off. In 2017 – aged just 15 – she broke the world record for the 100m breast stroke and the records have continued to tumble since then!

Her international career began at the 2018 European Championships, where she walked away with three golds and a bronze medal. Then, at the 2019 World Championships in London, there was a gold medal in the 200m medley, a silver in the 100m breaststroke and a bronze in the 100m freestyle. Then, came the delayed 2020 Paralympics, where Maisie put on a storming display to win two golds in the SM6 200m medley and the 100m breaststroke. Finally, at her most recent major event she dominated, winning three golds in the 2022 World Championships in Madeira. All this before the age of 20!

The Importance of Family

Maisie has always been dedicated to her family – she lives with her mum and her two sisters – who have supported her constantly through her career so far. She also cites the importance of her grandfather, who was always on hand to help out with taking her to training at some extremely unsociable hours!

Maisie tells us that you ‘need a lot of dedication’ when it comes to training for swimming. You can be in the pool up to eight times a week, with each session lasting two to two-and-a-half hours each, with some starting at 5am. She also needs to spend plenty of time in the gym working on strength and conditioning.

The biggest difference when it comes to the Commonwealth Games versus other major competitions such as the Olympics or the World Championships is that at the Commonwealths, Maisie is with Team England, rather than Team GB and her best friend and usual roommate on Team GB trips is Scottish, so will be an adversary in Birmingham!