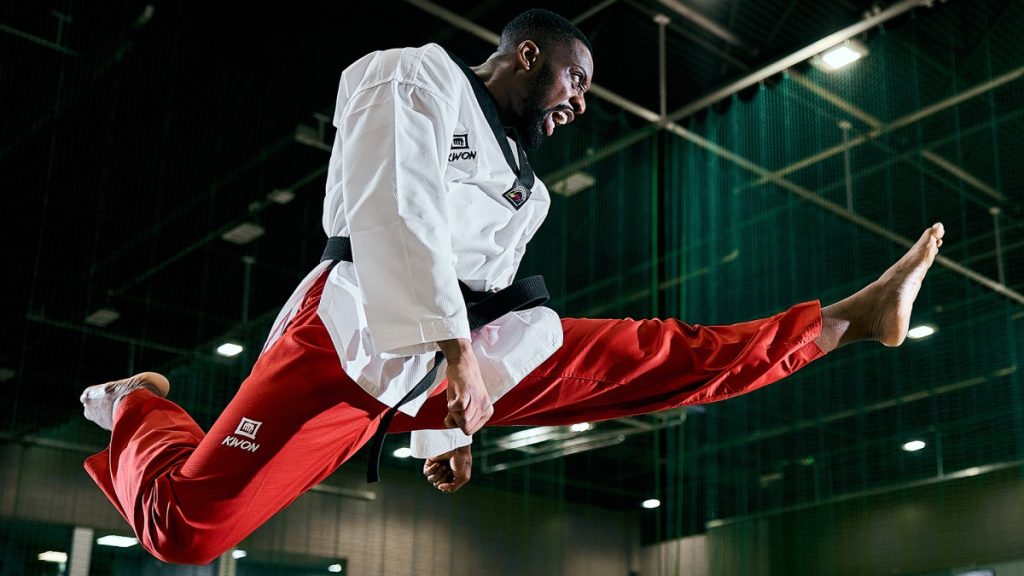 For all athletes, injuries and the associated setbacks are both par for the course and potentially devastating at the same time. No-one who competes at a high level will have had a completely injury-free career; they’re something that everyone has to live with. The best we can hope to do is to mitigate the effects of any injury as best we can and learn how to recover as effectively and as speedily as possible.

To help you learn how to avoid any potential pratfalls in your recovery from any injuries you may suffer, Sporting Champions Ambassador and athletics legend, Colin Jackson has teamed up with British Taekwondo star, Lutalo Muhammad to advise you on how to best bounce back from any injuries and setbacks that may befall you. This is the first of two episodes covering this topic, with sprinter Richard Kilty joining Colin in the second.

Lutalo speaks about how, when his career was in its infancy, he dismissed the idea of getting injured as something that only happened to ‘older’ or ‘weaker’ athletes. He assumed it was something that would never happen to him – that he was genetically gifted in some way. Of course, this was not the case and in his mid-20s, he began to get injuries.

There’s not just the physical effects to consider, however, either. Lutalo and Colin also discuss the mental effect that injuries can have on athletes. Lutalo, for example, explains how getting injured really affected his confidence – how he questioned his identity, how he was no-longer doing the sport he loved every day. This put a great mental strain on him. But also, once he was back training and competing, there’s always something lingering at the back of the mind wondering if the same problem is going to happen again.

Lutalo and Colin discuss so much around this topic that we won’t go into it all here. Simply watch the video, enjoy and we hope you learn something!