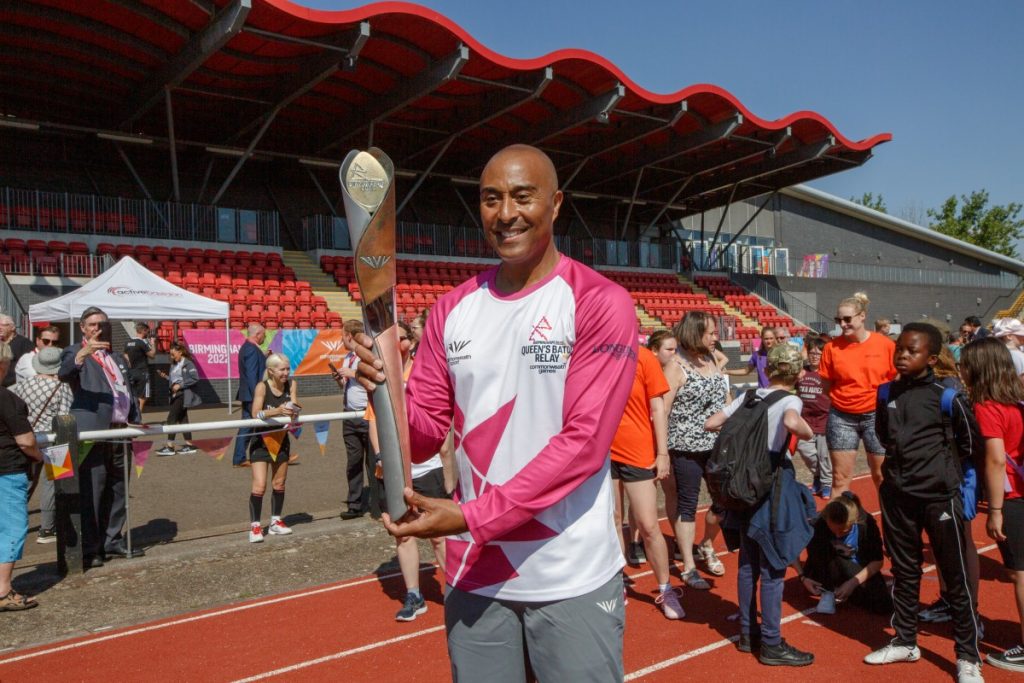 In preparation for the 2022 Commonwealth Games in Birmingham, the Queen’s Baton relay has been making its way across the globe and, now, across the country. As a result, the baton – which contains a message from Her Majesty the Queen – has recently arrived in Basildon and has made its way to our very own Basildon Sporting Village via the legendary hands of Olympic Silver-medallist and Everyone Active Sporting Champions Ambassador, Colin Jackson.

The baton was welcomed to Basildon at an event that saw around 270 Primary and Secondary school children taking part in a huge range of different sports and activities that will reflect those that will take place at the Commonwealth Games in the Coming weeks. These included gymnastics, rugby, netball and table tennis.

Leader of Basildon Council, Councillor Andrew Baggott, commented: “We are honoured to have been part of this historic event with Colin Jackson and Ryan Donnelly as our Baton bearers, bringing together our community on this very special Queen’s Platinum Jubilee year.”

Shaun Beagle, Area Contract Manager at Everyone Active, commented: “It was really special to see the children complete a lap of the track with the baton alongside Colin Jackson and Ryan Donnelly- a memory I’m sure they’ll never forget!

“It was also fantastic to see so many children of different abilities all loving physical activity and getting involved in our commonwealth sport taster sessions. We hope that the day encouraged participants to challenge themselves and try something new.”