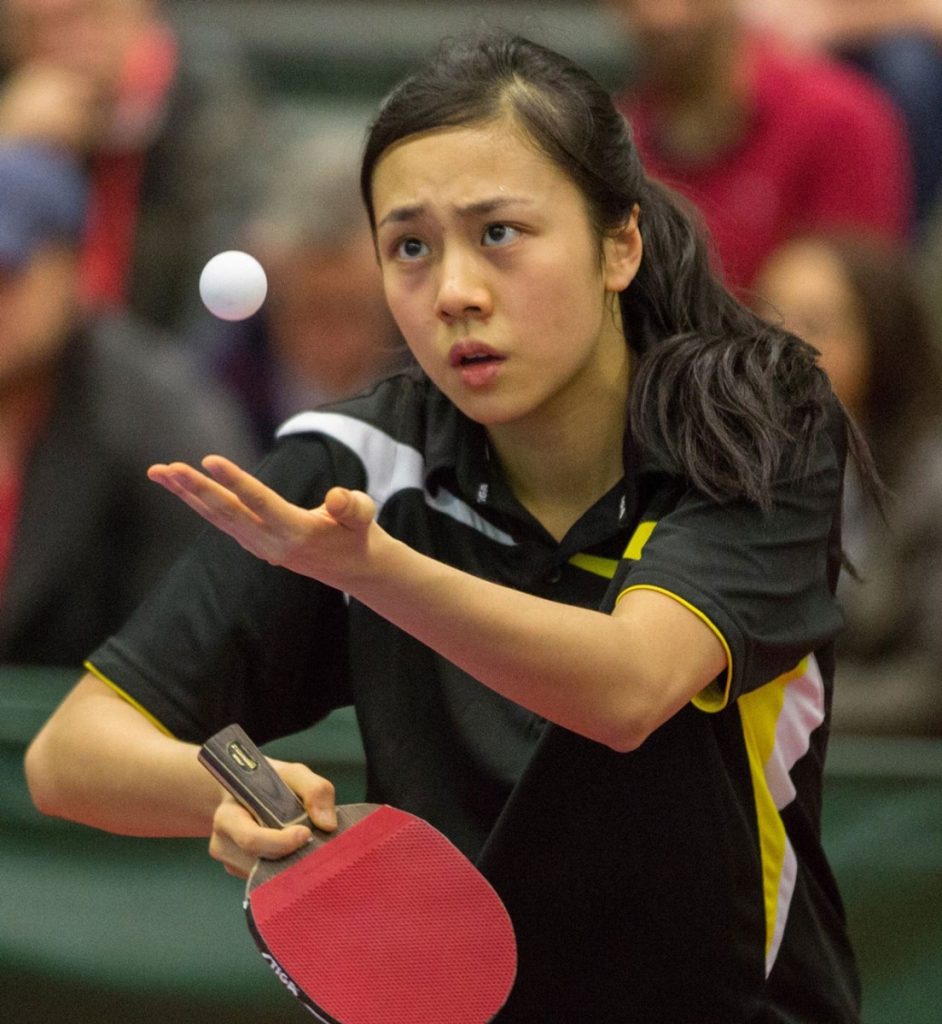 Table tennis was always going to be a massive part of Tin-Tin Ho’s life. With a father and brother both obsessed by the sport, it was written in the stars – a good thing, too. The Everyone Active Sporting Champion, European Champion and Commonwealth Games Silver medal-winning ping pong player has been brought up on the sport and has been talking to us about how it’s affected her life and who her sporting idol is.

In a sneak peak, Tin-Tin also lets us into a few secrets on the tactics she uses to get the best of her opponents, as well as her gym routine and how it helps make her a better table tennis player. Keep reading and watch the video to find out more about Tin Tin’s achievements and her career so far.

It was Tin-Tin’s father, Charles that first got her into table tennis and it was he who taught her and her brother Ping how to play, so it’s been a part of her life from the very start and it was always going to play a big part in her life, although no-one could have predicted her success.

China’s Ding Ning is Tin-Tin’s sporting idol. She’s a multiple singles, doubles and team World Champion, as well as the reigning Olympic singles champion. Tin-Tin admires her work ethic, her never-say-die attitude, as well as her humble nature and the way she’s always so friendly and never too busy for her fans.

Although it may not look like the most physical of sports, Tin-Tin assures us that’s not the case. “In Table Tennis, you use a lot of your core,” she says, because it’s the link between your arms and your legs. According to Tin-Tin, this gives you more control of the ball and a strong core also helps you hit the ball more powerfully too.

Being British, but of Chinese-Taiwanese descent, Tin-Tin’s playing style is a mixture of east and west. Her style is heavily Chinese-influenced but, having lived, played and trained so much in Europe too, there’s a great deal of more European influence in her game as well.

Putting aside her various Commonwealth Games medals, Tin-Tin describes her first national championship win as her biggest success so far in her career. Although the competition may not have quite the same kudos as the Commonwealth Games, this win had special meaning. This is because it was not one that Tin-Tin was expecting to win at all, having been suffering from a variety of injuries and other setbacks that year. It was fighting back through all that adversity that made that win so special for her and it really gave her confidence in her own game and allowed her to kick on significantly.

In a game, flexibility and the ability to out-think your opponent is absolutely key to victory. Tin-Tin says that if your game becomes too predictable then your adversary will be able to read your game and possibly get the better of you. According to Tin-Tin, it’s “a puzzle that you have to keep working out”.

Rather than concentrating on how hard she hits the ball, Tin-Tin tends to focus most on placement as it’s with this that she tends to struggle in the heat of a high-pressure game.

Tin-Tin will be competing for England in the 2022 Commonwealth Games. If this has inspired you to give the sport a go, why not book a table at your nearest Everyone Active centre now and give it a go?